First off, you may want to download the Number Chart below before proceeding with the lesson. I prepared the chart both in Hiragana and Romaji, so don’t worry even if you cannot read Hiragana yet. After you get the chart, please come back to this lesson. 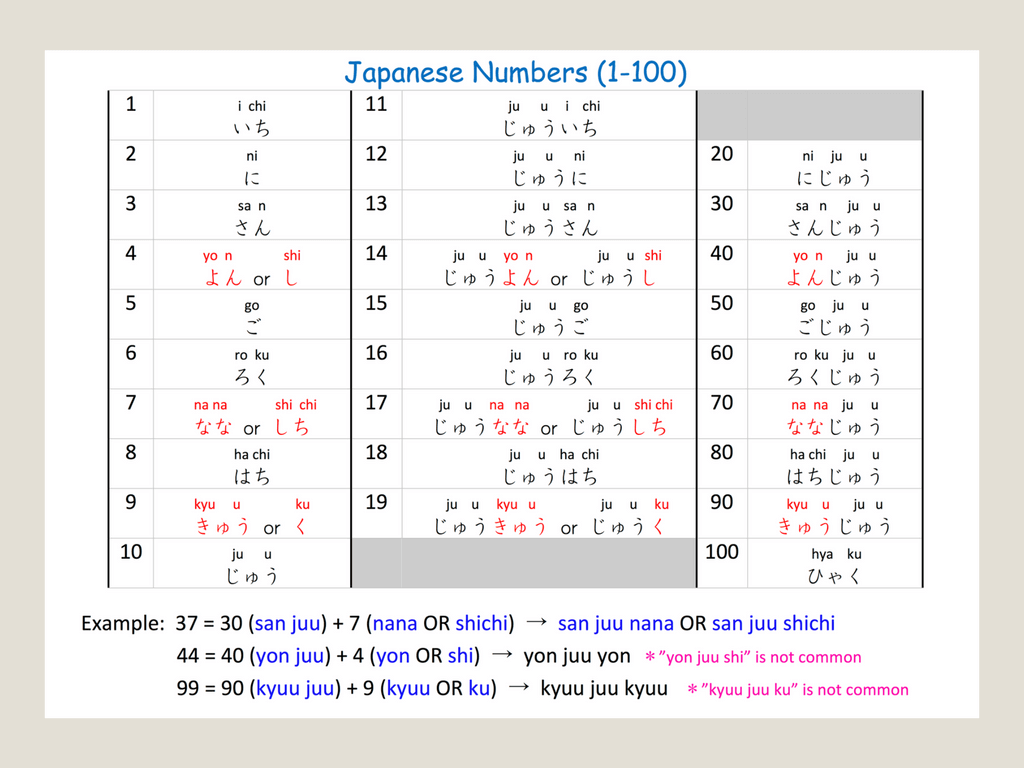 Let me know where I need to send the chart.

The video below explains up to 99 in Japanese (7 minutes). You can also hear how I pronounce those numbers, so be sure to watch the video as you refer to the number chart you’ve downloaded.

Below I share the same content as in the lesson video. At the end, I briefly explain how to say 100.

Let’s start with numbers 1 to 10 first. See below. As you may notice, we have two ways to say four, seven and nine in Japanese.

When you are simply counting numbers, it doesn’t matter which way to pick to say four, seven and nine. It is totally up to the person’s preference. Me personally, I tend to say count numbers like this.

But again, you can go either way as you like. 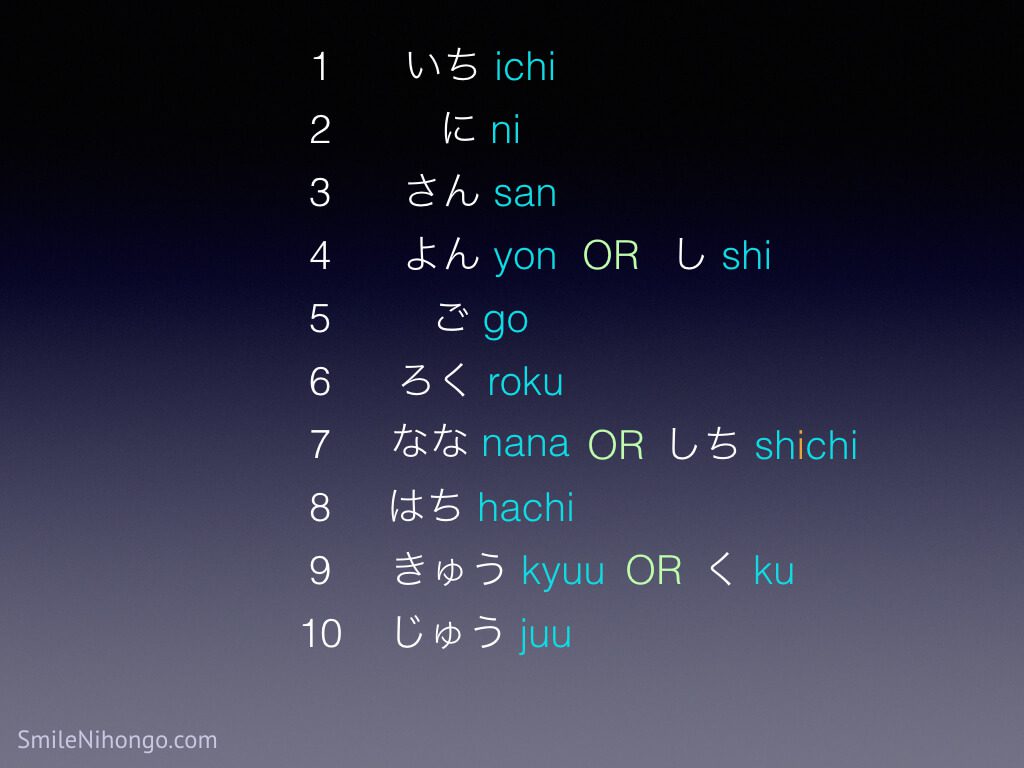 Now, let’s learn how to read Japanese numbers from 11 to 19.

So, how do you pronounce 11 in Japanese? 11 is ten plus one, so you have to combine juu (ten) and ichi (one) and say juu ichi for eleven. 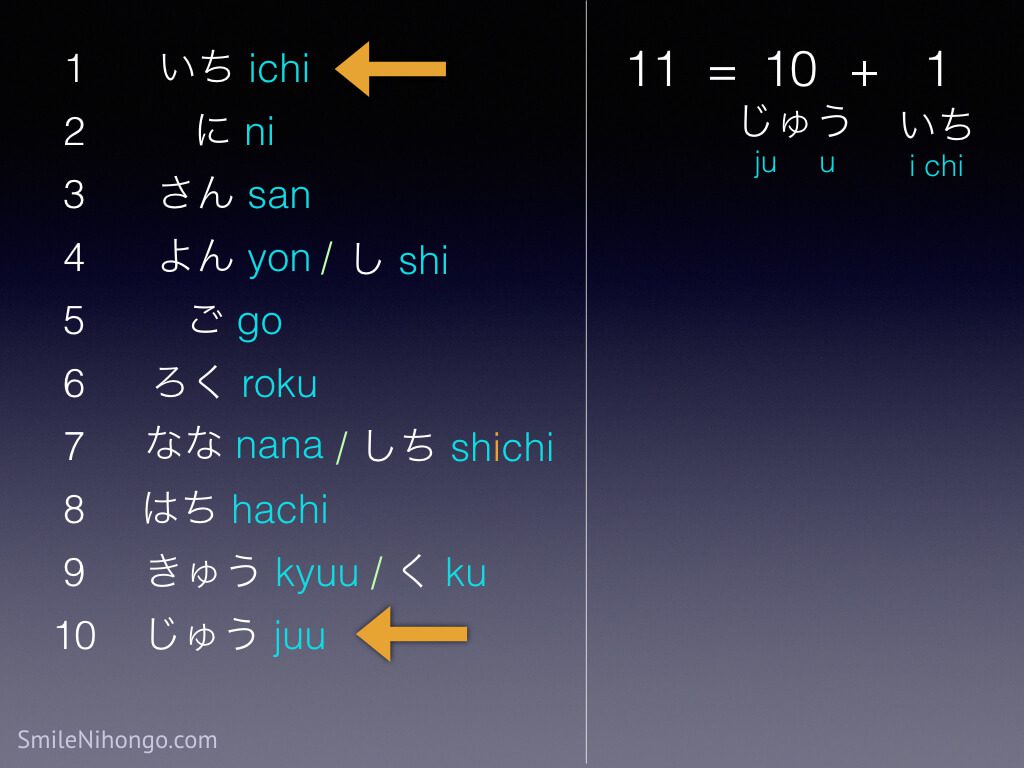 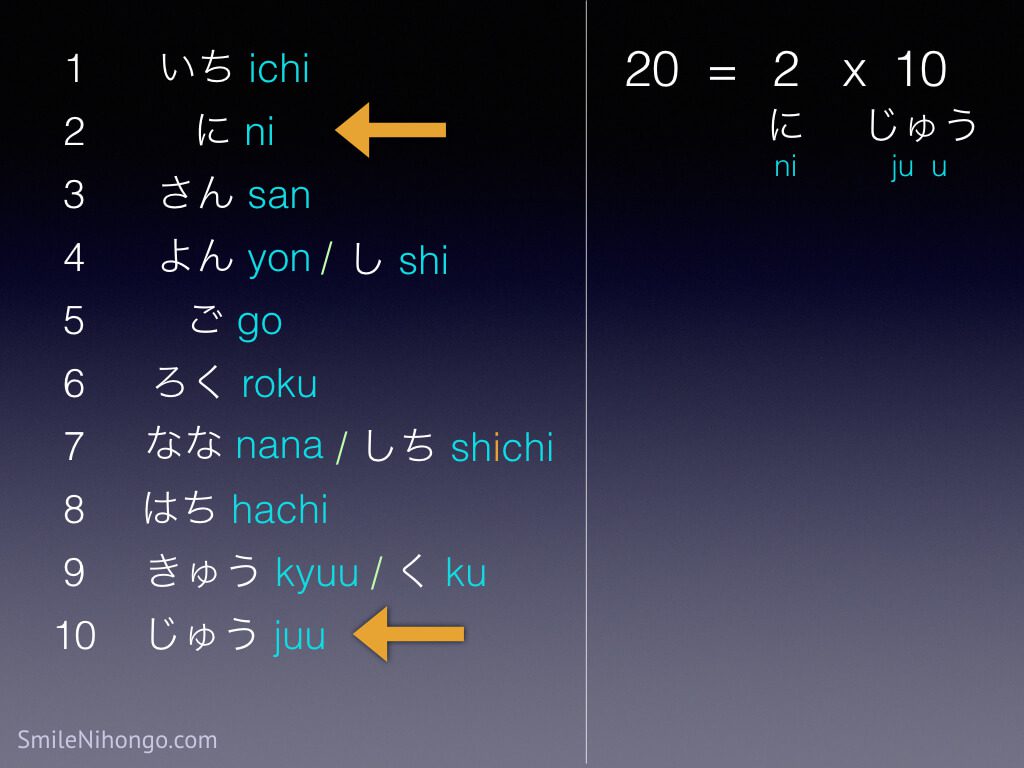 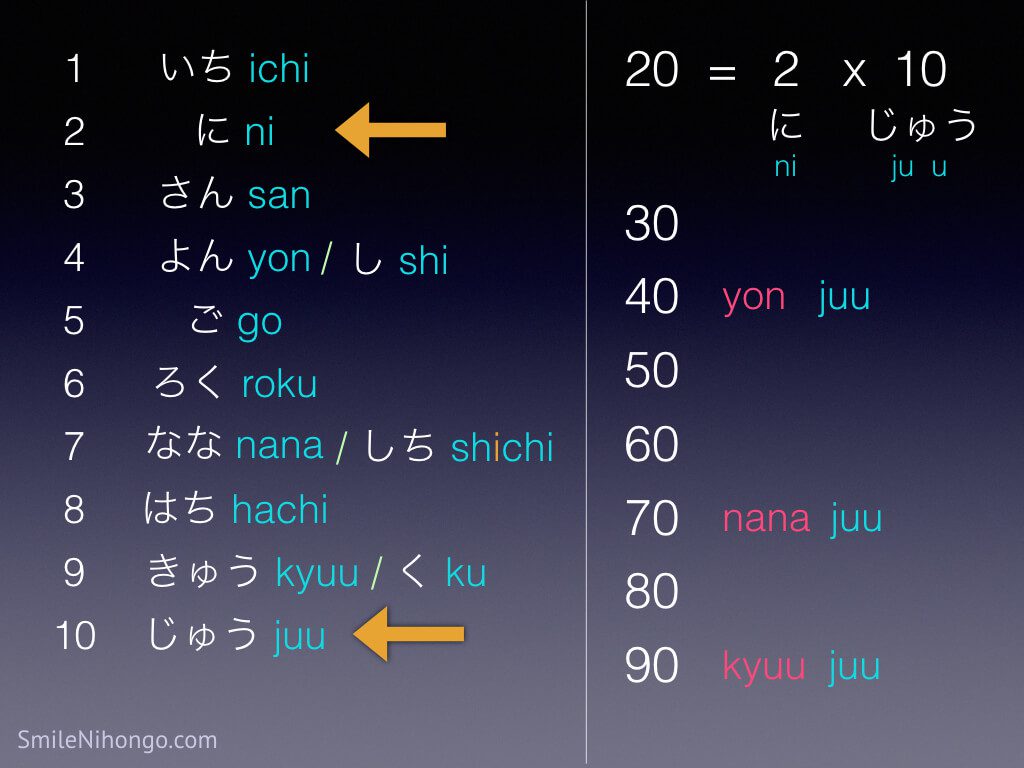 The pronunciation of “hya” can be a bit tricky. My students always have trouble with the pronouncing of 100 when I introduce Japanese numbers 1 to 100. My advice is to think the pronunciation of 100 as a combination of two sounds – “hi” (hee) and “ya” (yeah). Start pronouncing the two sounds separately as hee-yeah, hee-yeah, gradually contract the two, and in the end, pronounce them together – hya.

Were you able to pronounce the number 100? I hope so!

Another thing I want you to remember is that in Japanese, we don’t say ONE hundred (ICHI hyaku). We only say hundred (hyaku) for 100.

Can You Read Japanese Numbers?

Now that you know Japanese numbers up to 100, I believe you can figure out how to pronounce a number like 75. How do you think we say 75 in Japanese?

Try for yourself if you can pronounce the following numbers in Japanese. I’ll post the answers at the end of this article. 🙂 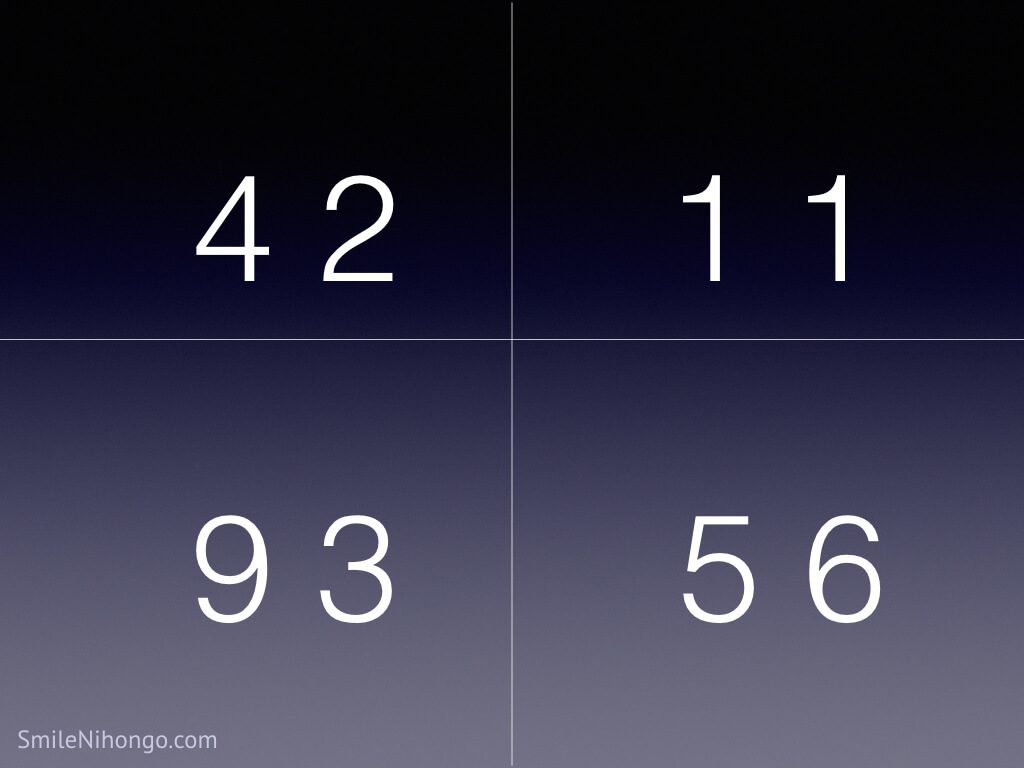 Leave me any comments or questions if you need more clarification. Happy learning!